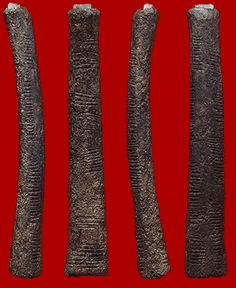 The continent that birthed mankind, Africa, has so many vast told, untold and under-told stories. For example, we are well versed about the Nile Valley civilizations including Kush, Nubia and Kemet (ancient Egypt).

The impressive edifices such as the pyramids, Sphinx, temples, monuments bear witness to the greatness and accomplishments of the people -- and not to mentioned the incredible scholarship on religion, science, medicine, cosmology, mathematics and philosophy that are still being deciphered.

Second, the ancient West African empires of Ghana, Mali and Songhai are well documented. Arguably, the most famous and wealthiest emperor is Mansa Mush from Mali. Musa is best known for his epic 1324-1325 pilgrimage to Mecca.

It is said that Mansa Musa was extremely rich and that he brought as many as 60,000 people along with him on his pilgrimage. He also brought camels loaded with gold. Mansa Musa must have made quite the impression during his trip with his large entourage and massive display of wealth. During his travels, Mansa Musa gave away and spent a significant amount of gold, but he also brought back a lot of new ideas to Mali. This included a number of scholars such as architects, poets, and teachers who helped to improve his empire.

However, by way of archaeological and anthropological discoveries, we continue to learn how far back and deep into sub-sahara Africa the genesis of advanced human civilization dates. Incredible as it seems, thousands and thousands of years before Nile Valley civilizations there were the Lebomba Bone and Ishango Bone. 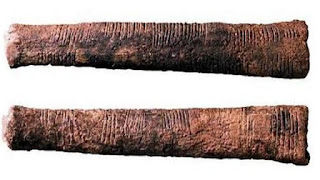 The Lebombo bone is one of the oldest mathematical artifacts known, a small piece of the fibula of a baboon, found near Border Cave in the Lebombo Mountains between South Africa and Swaziland. Discovered in the 1970s during excavations of Border Cave and dated about 35,000 B.C., the Lebombo bone is marked with 29 clearly defined notches. This suggests it may have been used as a lunar phase counter, in which case African women may have been the first mathematicians since keeping track of menstrual cycles requires a lunar calendar. Certainly, the Lebombo bone resembles calendar sticks still used by Bushmen in Namibia. source

The Ishango bone is a bone tool handle discovered around 1960 in the African area of Ishango, near Lake Edward. It has been dated to about 9,000 BC and was at first thought to have been a tally stick.

At one end of the bone is a piece of quartz for writing, and the bone has a series of notches carved in groups on three rows running the length of the bone. The markings on two of these rows each add to 60. The first row is consistent with a number system based on 10, since the notches are grouped as 20 + 1, 20 - 1, 10 + 1, and 10 - 1, while the second row contains the prime numbers between 10 and 20! A third seems to show a method for multiplying by 2 that was used in later times by the Egyptians. Additional markings suggest that the bone was also used a lunar phase counter.

The Ishango bone is kept at the Royal Institute for Natural Sciences of Belgium in Brussels. source

Posted by healthysouls at 7:54 PM No comments:

Did Jim Carrey capture the likeness of Sarah Huckabee Sanders?

I just peeped Jim Carrey's portrait of a so-called Christian whose only purpose in life is to lie for the wicked.

His artistic expression has garnered a great deal of controversy and criticism.

He has been mum on naming the subject of his muse.

But to support the Sanders' theory, she was previously branded -- by one GOP strategist -- as The Liar who spews horseshit for Trump. Furthermore, Sanders very publicly identifies herself as a devout Christian.

To me: JC, spot on, captured the essence of her spirit -- in all her underwhelming splendor. She lies to the American people for her boss. She has the same credibility of her boss. Consequently, she radiates the same ugliness of her boss.


Posted by healthysouls at 5:03 PM No comments: 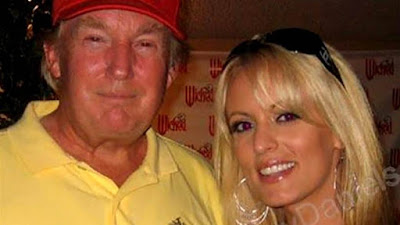 Trump voters are truly a special breed -- bless their hearts.

They give credence to this quote attributed to Mark Twain:

It's easier to fool people than convince them that they have been fooled.

And carnival barker that he is, Trump knows how to play them like a fiddle: fiddle dee fiddle dumb and dumber.

Read more »
Posted by healthysouls at 7:41 PM No comments:

Evangelists' deal with the Devil

What do you think about Western civilization?

I think it would be a good idea.

Implicit in his remarks, of course, is that having great material wealth, advanced technology, powerful militaries and over-sized world influence does not automatically translate into being a civilized people.

Don't confuse being powerful with being civilized.

Read more »
Posted by healthysouls at 8:34 PM No comments:

Why are some African-Americans moving to Africa? We look at why a new wave of black Americans are choosing to move to the continent. 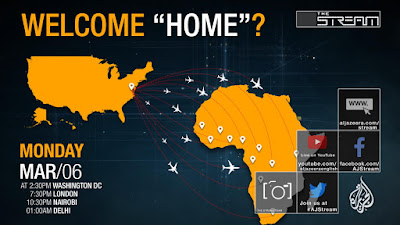 In recent years, thousands of African-Americans have made the decision to “return home” to the African continent. But why?

Read more »
Posted by healthysouls at 4:13 PM No comments:

In a revealing turn of fate, Trumpeteer and acolyte, Tucker Carlson publicly broke with DT on gun control.

Read more »
Posted by healthysouls at 10:21 PM No comments:

I finally had the chance to see the much hyped Black Panther. To me, BP was a Grand Slam.

No Doubt. This groundbreaking movie pleasantly exceeded my expectations.

And with a record breaking box office, many people around the globe agree.

Spoiler Alert: If you haven't seen this movie you may want to stop here. The following post discloses information of many scenes in the movie.

Read more »
Posted by healthysouls at 5:16 PM No comments:

West African countries poised for a single currency in 2020 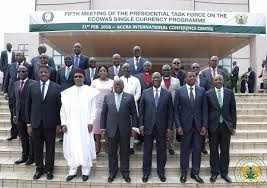 West African countries may soon witness a boost in growth and wealth as their leaders have reaffirmed their political will to meet the Economic Community of West African States (ECOWAS) single currency programme deadline by 2020.
The leaders made this commitment this week at the fifth meeting of the Presidential Task Force on the ECOWAS single currency programme in Accra, Ghana.

Read more »
Posted by healthysouls at 12:07 PM No comments: 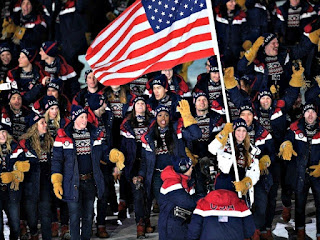 Unless it’s changed overnight, the motto of the Olympics, since 1894, has been ‘Faster, Higher, Stronger.’ It appears the U.S. Olympic Committee would like to change that to ‘Darker, Gayer, Different.


Yes the column was eventually deleted from their website after an uproar:

Read more »
Posted by healthysouls at 10:22 PM No comments:

Eagles ran a fake walk-through in case Patriots were spying? 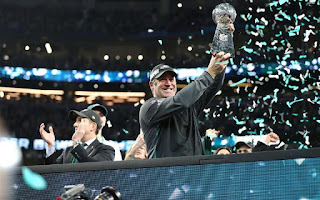 I am still floating on cloud nine because the NFL Gods allowed my Philly Eagles to escape Super Bowl purgatory.

And of course, a shout out goes to the great coaches and players that embodied the spirit of fictional Rocky; or more accurately, channeled the indomitable spirit of the legendary North Philly boxer Joe Frazier.

Read more »
Posted by healthysouls at 7:57 PM No comments:

"It always seems impossible until it's done" 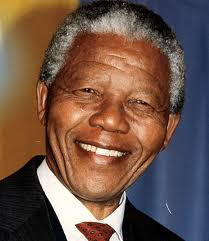 healthysouls
To my blog followers of healingsouls, I welcome you to the launch of Harvey's Global Politics blog. This blog will be exclusively dedicated to domestic and international politics - my true passion. As a political-science graduate from Virginia Union University, I strive to simplify political news, in order that the average reader can better understand how it relates to their everyday life.